Seventeenth century rational epistemology led by Descartes is based on n assumption that the whole truth related to the existence can be revealed by means of principles in mind. That structure was criticized by 18th century philosophers as it built its epistemology by making an abstraction before getting existence. 18th century philosophers tried to create an epistemology on the basis of factual being against that manner. Those philosophers questioned what the source and limit of knowledge is by limited epistemology and they concentrated on the question of how a theoretical ground should be in order to create a precise and universal knowledge. In this study, by examining knowledge acquisition from phenomenon to consciousness through significant philosophers of era such as John Locke, David Hume and Immanuel Kant, we have tried to show similar and different aspectswith 17th epistemology. 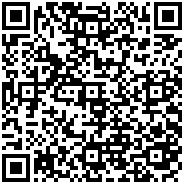