FORGOTTEN MIGRANTS ?EL TURCO: MIGRATIONS FROM THE SYRIA REGION TO LATIN AMERICA DURING THE OTTOMAN PERIOD AND THEIR EFFECTS

Throughout history, people have had to leave their lands for various reasons. This separation was sometimes mandatory and sometimes voluntary. This situation, which is referred to as migration, has had many social, cultural and economic effects both on the human and on the land left behind and on the migrated land. The Ottoman Empire had been both a migrant and an immigrant state throughout history due to the lands it gained through conquests and the lands it lost through wars. Especially in the 19th century, with the gradual loss of power of the Ottoman Empire, confusion started to emerge in the imperial lands with the influence of foreign powers and emigration from the Empire started due to socio-economic and insecurity. Especially, about one million people from the Syrian province (present-day Jordan, Lebanon, Syria, Palestine) migrated to Latin America during this period. These immigrants, mostly Christian, settled in countries such as Argentina, Brazil, Chile, Peru, and Colombia. The Republic of Turkey that was established after the Ottoman due to the foreign policy needed throughout the centuries and international conjuncture during the 20th century did not establish relations with Latin American countries and “el Turcos” the Arabs immigrants carrying the Ottoman passports. This study examines the adventure of 'el Turco', which we have known and remembered after the Cold War, both with the restructuring of international politics and the system and with the globalization 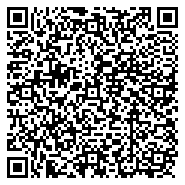