FORGIVENESS AS A PREDICTOR OF PSYCHOLOGICAL WELL-BEING IN CANDIDATES TEACHERS 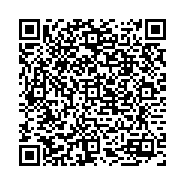