FOR THE PURPOSE OF GUIDANCE TO MINSTRELS: "THE BOOK ON ETHICS OF ASKER? ABOUT THE MALE LOVERS

One of the most known literary genres in our literature and one of the most written works on it is undoubtedly Books on Ethics. This type of works, also known as "guidance book"; with its verse, prose, or verse-prose mixed examples, include guidance written to ensure both individual and social peace and happiness by guiding individuals in the society to the right path. Book on ethics, which will be mentioned in this article, is a work written by one of the 16th-century Ottoman poets, Askerî, specifically for the protection of sexual morality, and it is certain that it is one of the prominent representatives of this genre in Classical Turkish Literature. Because this work,which is considered in the category of "sexual content" books on ethics in the classification of works belonging to the Book on ethics genre, contains recommendations and crucial expressions that must be taken seriously about the protection of sexual morality, moreover, it is a guide that invites the young and inexperienced mistrel group of the period to be careful against the "mahbûb". The text, in which themes such as restraining desires, lust training, taking lessons from life experiences, and appreciating the words of ancestors are intensely covered, is also a document that testifies to the sexual preferences of certain groups at the time it was written. The text is also; although it is tried to be veiled with the pre-acceptance of the counsel for the genre, it is a reflection of the fact that humor appears in the form of sexuality in every period and the relationship between humor-sexuality / slang-humor. 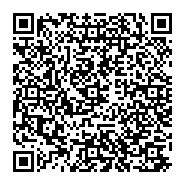