Women have taken their place in Indian literature since the mythological works of Vedic and Classical Sanskrit era. Women were central to the civilization during the Dravidian period in the Indian Sub-continent. They were both the mother and the chieftain. However, women lost this status in the patriarchal society during the Vedic era and were mentioned as being slave to men and indeed they were referred to as the root of evil in ?ig Veda, which is the most important book of the entire corpus of Veda. In the saga of Ramayana, sinless Sita fell out of favor with Rama as a result of suspicion, her innocence was questioned and eventually lost the title of goddess; consequently, women began to be treated as second-class citizens in society. The adventure of women within society, which has lasted thousands of years, has passed through almost the same stages in many languages and literatures in the Indian subcontinent. Women were depicted as Goddesses in Indian legends, as fearless and unfaithful lovers in classical Urdu poetry, as a beauty out of social life having no goal other than loving during the Romantic Movement, and a sex symbol in the Progressive Movement era. Women’s problems were handled in all their aspects in the works of Racandar Singh Beydi, who managed to look at life in all its aspects. Beydi made extensive use of mythological sources in his stories. Women began to be seen as one of the main components of society with the Progressive Movement in Urdu literature and social pressure on women, traditions and customs, negative discrimination, injustices and disdain towards women were severely criticized. Beydi is a literary figure who managed to touch upon the depths of emotions and ideas of female characters who he described in his stories in accordance with the doctrines of the Progressive Movement. In this study, we will analyze the female characters in Racandar Singh Beydi’s stories and try to reveal the author’s point of view of women, women’s problems and the suggestions he made to solve these problems. 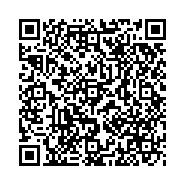