FEDERALISM AND POLITICAL RESTRUCTURING IN NIGERIA: THE PANACEA FOR MUTUAL COEXISTENCE AND MANAGEMENT OF NATION?S RESOURCES

Federalism connotes an arrangement in which political powers are constitutionally shared between the central government and the federating units. It is a device that enables each group in a plural society to look after its own internal affairs free from outside interference. In a true federalism, each entity has a right to exploit its resources for the welfare of its people and payment ofcommensurate taxes and other royalties to the federation. This is the true meaning of resource control. The paper argues that the central control of oil resources and the utilization of the revenue derived there from to fast-track the development of the nation tends to favour the majority ethnic groups rather than the minority from which the oil is exploited. The conflict over the distribution of state resources and its control within communal territories aggravated the difficulties of political accommodation in Nigeria’s federalism. This is evidenced in the various ethno-religious conflicts that pervade the nation. The paper utilizes the methods of descriptive analysis and synthesis of the extent literature. Requisite recommendations were provided for rethinking and restructuring of the nation’s federalism for mutual co-existence and management of the nation’s resources. The paper further takes a peep into what depicts true federalism and how can it be discovered? The paper concluded that states should exercise ownership over all resources in their domain, natural or otherwise, for the benefit of their people and they should pay taxes and other royalties to the federation as the practice of federations in North America and elsewhere. 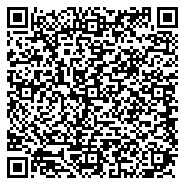