FASTING IN ISLAM AND OTHER RELIGIONS (A COMPARATIVE ANALYSIS)

If examined thoroughy it will be readily noticed that fasting, presumably an act of worship which is as ancient as history of humankind has been practised in a variety of forms by almost every civilization on Earth throuohout the time. Islam, the last authentic religion has assumed three different attitudes towards the previous revelations: sheer abolishment of practises that have been contaminated with shirk (polytheism), exact maintanence of ones appropriate to Islam and approval of the others applying some kind of amendment. Islam has maintained fasting which has been as well ordered in the previous revelations after applying some correction to its quality and quantity. Thus fasting has become an act of worship which is acceptable in terms of fitra (innate disposition) and has numerous spritual benefits. 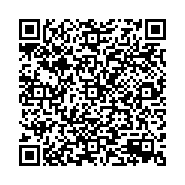