Fahri Celâlettin Göktulga (1895-1975) is a short story writer of a transitional period that started in the Second Me?rutiyet period (Constitutional Monarchy, 1908) and lasted until the end of the one-party era (1950). Göktulga, whose major profession was psychiatry, projected the “anomie” experienced by the Ottoman society which hesitated between “traditional values” and “new values” coming from the West in the framework of male-female relations and focused especially on “human psychology”. It is nearly impossible to encounter another Turkish short story writer who is interested in human psychology as professionally and insistently as Göktulga among the first generation of short story writers of the Republican era. In Göktulga’s short stories, which were written from a masculine point of view, there are “strange twists”, “unexpected ends” and “lack of communication” experienced when male protagonists as representatives of “traditional values” are confronted in public by female protagonists as representatives of “new values”. In this way, the collective schizophrenia experienced by the society during the modernisation process is expressed on an individual plane. As for the males, whose dominant positions are shaken by the threatening existence of women-“the other”- in the public area, find solutions by escaping into the past. 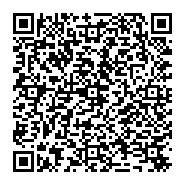