EXAMPLES OF DECORATED ARCHITRAVE-LINTEL-FRIEZE FROM CREMNA

Cremna is city of Pisidia which is located in the east of Hac?ba? District of Çaml?k Village, Bucak District, Burdur Province. It is surrounded on three sides by cliffs, and it has been sheltered by west walls of city. ?t was strategic importance in the region increased with the conversion of the Roman colony during the Augustus Period. After these dates, the city was selected via Via Sebaste and connection with other colonial cities was provided. Cremna focused research goes back to the 19th century. The only official archaeological excavation in the city was carried out in 1970 by J. Inan. Between 1985 and 1987, S. Mitchell conducted a survey in the city. Since 2013, H. Metin had been making surface survey. In this study, twenty-three decorated architrave-lintel-frieze fragments of different structures were examined in the city center of Cremna. The aim of the study is to introduce the architectural decoration of the city and to examine its regional interactions. The assessed parts belong to the South Memorial Tomb, Forum-Basilica, Small Hadrianus Temple, Antoninus Pius Temple, Colonnaded Street, Small Propylaion, Large Hadrianus Temple, Marcus Aurelius-Commodus Temple and Large Propylaion. The decorated architrave-lintel-friezes here were compared with examples of similar structures and evaluated according to the stage of development. The date range of the ornaments is the end of the 1st century BC - Early Severus Period (193-211 AD). Based on the style of decoration, it can be mentioned partially in Cremna in the late 1st century BC. In the 2nd century AD, there is a regional interaction especially in the Early Severus Period. With this study, the interaction of Cremna with the surrounding cities was tried to be revealed 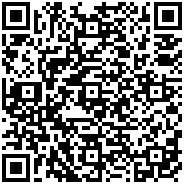