The aim of this study is to investigate reasons for these mistakes made by secondary school 7th-grade students in relation to algebraic expressions. In accordance with this aim, the sample of the study consists of 150 7th-grade students studying at secondary schools in Trabzon city centre in the 2013-2014 academic year. In this study, the case study method was used. In the study, a knowledge test was applied in order to determine the mistakes made by the students in the subject of algebra, and a semi-structured interview was held in order to determine the reasons for the mistakes made. The data obtained from these interviews were analysed using the content analysis method. From the data obtained from the study, it was observed that the students’ knowledge of algebraic expressions was not at the desired level, and many mistakes were made in the algebra knowledge test applied. Some of these mistakes made are the student’s ignoring the variable, solving the given algebraic expression by transforming it into an equation, using the x variable instead of the variable given in the question, and establishing the equation for the given problem incorrectly. From the interviews held, the reasons for these mistakes were determined as the student’s failure to attribute a meaning to the variable in the operation, failure to distinguish the concepts of unknown and variable, identifying the expression of available with the x expression, the lack of knowledge in mathematical operations, and the insufficiency of the time allocated to the subject of algebra. 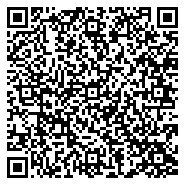