EVALUATIONS ON THE TURKISH SOCIETY AND INTELLECTUALS IN "THE LETTERS FROM TEZER ?ZL? TO LEYL? ERB?L"

In this study, the work titled "The Letters from Leylâ Erbil to Tezer Özlü" was examined. In the letters, names that are the target of negative criticism are hidden. The language of the letters is in the form of sincere dialogues of two people. Özlü has a clear and simple style. Letters are forms that inform people about the past. Sometimes they have the characteristics of a document and they can also contribute to a better understanding of the writers and their works in the world of literature in terms of giving details about the lives of people. In this regard, letter research is important. Based on the evaluations of Tezer Özlü and Leylâ Erbil about Turkish society and Turkish intellectuals, it is the aim of this study to identify the problems experienced by Turkish thinkers and society in the 1970s and 1980s. In the study, the parts we identified in accordance with our purpose were quoted and after the information was organized, interpretation method was used. After some troubled life experiences, Tezer Özlü, who caught a disease among the people known as manic-depressive illness and cancer in the future, felt what every libertarian Turkish intellectual felt deeply; crises experienced in the intensity of social and political oppression, violence, fear and ignorance culture. In her works, which she wrote under the influence of these social and political obstacles, she managed to produce original works by not neglecting to touch on the important issues of the individual and the society. This work should be considered valuable for that it reflects the general outlook of Turkish society and is in a guiding position for Turkish thinkers who favor progressivism 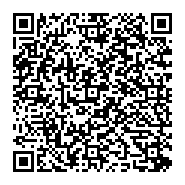