EVALUATING THE PSYCHOLOGICAL ENDURANCE OF POLICE CADETS: AN EMPIRICAL STUDY

In every part of the world, psychological endurance is sought in police cadets as well as academic and physical sufficiency in selecting police cadets. If a police cadet cannot control his/her anger, gets stressed quickly and cannot manage this or is inclined to have concerns, the academic and physical capacity of this cadet will not be so meaningful. As a matter of fact, physical incompetence or academic incompetence of a police cadet can be compensated with a good basic police training. However, it is possible to say that the psychological endurance of a police cadet who easily gets angry and cannot control his/her anger, who easily gets stressed due to the difficulties of the professional or social life or who has unnecessary concerns related to unfavourable situations because of his/her personality is not enough for performing the policing profession. In this sense, it is important to take in police cadets who are suitable to the realities and characteristics of the policing profession to the Police Training School for University Graduates (POMEM). The fact that bachelors have been accepted in recent years as police cadets and better and more efficient implementation of the physical aptitude test have made it possible for police cadets who are academically and physically more suitable for the profession to come to the police training schools. Although the psychological endurance of police cadets is measured both in the selection process by a psychologist and in the health report acquisition process by a psychiatrist, it is not possible to say that they are subjected to a comprehensive stress, concern level or anger management test. The aim of the research is to measure the psychological endurance of police cadets who come to police training schools because they have the academic and physical capacity required by the policing profession. In order to carry out this measurement, an empirical study was conducted with the aim of multidimensionally evaluating the aptitude of Bursa POMEM cadets for the profession. The universe of the study is composed of all the police cadets in all POMEMs and the sample of the study is composed of 426 cadets of Bursa POMEM in the 2014-2015 Academic Year. Scale-based quantitative research method was also used in the study besides the literature review method. 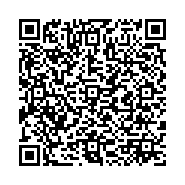