Naqshbandi, one of the most widespread sects in the Islamic world, emerged in Central Asia and has spread to a wide geography. This sect, which has certain principles, has spread in Anatolia in time and has educated many Sufi masters. These Sufi masters wrote booklets describing the principles and fundamentals of the Naqshbandi order. This has become a tradition over time. One of the qualified Sufi people who continued this tradition in the 18th century is Erzurumlu ?brahim Hakk?. ?brahim Hakk? primarily explains the three manners of this sect, next the three fundamental elements as eating, speaking and sleeping less, then after explaining the three essences of the above-cited cult and the classes of Muslim saints expresses fundmentals of spiritual journeying. In the work, before all else, he states that the pilgrim entering sect must have demand in his heart. The pilgrim must be in constant state of invocation with his heart. In his eyes, heart, dream and mind there must always be God. The work is written in verse and prose in the Turkish language. Erzurumlu Ibrahim Hakk?’s work “Risale-i Tarik-i Naqshibendi was written in Istanbul by Enderuni Mustafa Mirkani in 1274/1858. This booklet is present in a corpus which is registered with the number AC09985032 at Vienna Library in Austria. In our work, we first gave brief information about the life of Erzurumlu ?brahim Hakk? (d.1780), one of the scholars, poets and important thinkers of Sufi literature and this work, which was later translated into the present alphabet, was introduced to the scientific world with an analysis. In addition, the views of the author about mysticism were also discussed by making use of his views on the Nakqshibendi sect he penned in Marifetname. 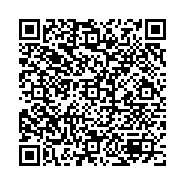