For many decades, the conceptualization of English language teaching as well as the methodologies adopted for the teaching of English pronunciation to non-native speakers has been largely native-speaker centered. The major implication of this is the promotion of native-speaker speech norms as the target norm for pronunciation for the NNS, while the attendant effect is the derivation of the entire pronunciation teaching content from the native speaker linguistic and socio-cultural environment. However, native-like competence in English pronunciation has remained largely unattainable for the non-native learner, but despite this ineffectiveness, there has been continued insistence on native-like performance targets in the NNS pronunciation classroom. In this paper, the outcomes of various intelligibility studies which examined the level of understanding of inner-circle speech are presented. These speech intelligibility tests have concluded that native-speaker speech is not inherently intelligible as non-native speakers find aspects of NS speech incomprehensible. Why then do we have the continued insistence on native-speaker-like performance as the target and why is the pronunciation teaching content still solely derived from the NS linguistic and sociocultural environment? This paper explores the political and economic benefits of this insistence and suggests that given the results of these intelligibility studies and given other salient considerations, the Lingua Franca Core (LFC) which incorporates elements from the non-native learner’s linguistic milieu in its teaching content is a viable alternative to the current NS-centered approaches and techniques. 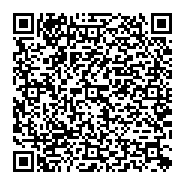