EFFECTS OF MIGRATIONS TO BURSA ON THE PROCESS OF SQUATTING: SQUATTER HOUSES ON THE SLOPES OF ULUDAG

In Turkey, there is a rapid population increase and urbanization process particularly in cities, where industrial activities are concentrated, also under the influence of migrations. Bursa is one of the cities in which the relationship between industrialization and urbanization can be detected very clearly. The population masses oriented to the city under the influence of great industrial investments increased house deficit, thereby creating a breaking point in the development of the city. Accordingly, there appeared a belt of squatter houses surrounding the city on the slopes of Uluda. The examination of the belt of squatter houses distributed along a line of approximately 20 km on the slopes of Uluda, bordering Bursa in the south, constitutes the subject of this study. The illegal construction in the place concerned followed the expansion of the city eastwards and carries on expanding by creating new settlements along the slopes. The data obtained depending on the questionnaires applied in the sample neighborhoods put forward the periodical relationship of phenomenon of squatting with migrations in Bursa and the reasons for migration. Clear differences were detected among sample neighborhoods in terms of the process of squatting. The study, in which the ongoing illegal construction on the slopes is currently determined, demonstrates that the pressure on forest land and natural sites is increasingly continuing. 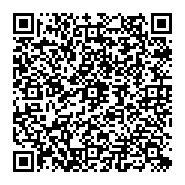