EFFECTS OF KNOWLEDGE ECONOMY ON THE INTERNATIONAL INCOME DISTRIBUTION

Knowledge economy is a structure that express information as basic factor of production on the one hand and basic output on the other, affects economic area in many ways. Both the emergence of increasing returns in the knowledge economy and the globalization movement has brought information economy to be effective on the international income distribution. With the knowledge economy, international income distribution has evolved in favour of the high-income country groups initially. After 2000s; the increase of foreign direct investment and the growing effects of information and communication technology on productivity in developing countries together with the phenomenon of persistent stagnation in high income countries, resulted in taking a greater share of world income of middle-income countries, while a decrease in the share of the high-income countries. This phenomenon provides a partial improvement in international income distribution, although it is not sufficient, because there has not been a significant increase in the share of the low-income country group. 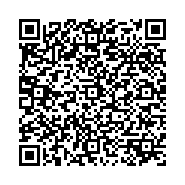