ECONOMIC TURKEY-AZERBAIJAN RELATIONS IN THE CONTEXT; "STRATEGIC IMPORTANCE FOR TURKEY ECONOMY OF NAKHCHIVAN"

The political relations between Turkey and Azerbaijan, the Azerbaijan Democratic Republic on May 28, 1918 began with the declaration of independence. After re-proclamation of independence on 18 September 1991 Azerbaijan first states to recognize as it was in 1918 again it became the Republic of Turkey, on January 14, 1992 in the two countries' Agreement on Re-establishment of Diplomatic Relations "signed today Turkey-Azerbaijan relations" strategic partnership " . The "High Level Strategic Cooperation Council" (YDSK) meetings, which have been held since 2011, contribute to the deepening of relations in all areas. Nakhichevan is in a strategic position and standing without depending on the surrounding power centers to study and to be accompanied by support given to Azerbaijan's Nakhichevan Turkey is improving the ability of the strategy economically. It can be said that tourism is one of the sectors where the Nahcivan economy has invested in recent years and is looking forward to future income. Even if it is economically successful with the contribution of border trade to the autonomous region, investment in tourism will make an important contribution to the economy of Nahcivan Autonomous Republic . When it is supported by transportation, accommodation and publicity, country tourism can be transformed into a regional attraction field. Nakhichevan, two large markets gained due to the proximity of the advantageous location such as Turkey and Iran is a country with the potential to increase the economic success by supporting tourism. Thanks to the privatizations made in Nakhichevan, although the enterprises in agricultural ownership have shrunk to a certain extent, productivity has been increased in agriculture due to the fact that the people are their own land. While the sowing of traditional agricultural products such as tobacco has decreased, there has been a great increase in the production of vegetables and fruits, especially sunflower. Nakhichevan is a region that has gained fame in the history of mulberry, grace and grape. Political, economic, commercial, cultural and military cooperation between our countries, shaped by brotherhood and mutual trust, facilitates the achievement of the two countries' achievement together. Nakhichevan and Igdir in Turkey in trade relations is lower transportation costs due to its geographical proximity to the city, easier realization of marketing activities because of the complementary reasons, the dispute risks such unity language is less of cultural differences decreased by factors such as similarity in and consumption habits, such as finding a mutually complementary nature of their economies too there are significant advantages. This study Azerbaijan in relations with the axis of a neighbor of Turkey and Nakhichevan with the development since 1990, trade relations and aims to demonstrate the economic and political factors have an impact on trade relations with these countries. The legal infrastructure of economic relations, the functioning of important structures in terms of bilateral economic relations, the data related to bilateral commercialization, mutual investments and so on are tried to be analyzed with this study. 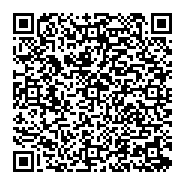