ECONOMIC AND SOCIAL STRUCTURE OF BOLU IN THE 19TH CENTURY

The history of Bolu City that located on the Bolu Plain, dates back to the 7th century BC. The people living in the city of Bolu had various livelihoods and income sources. Temettuat registers were kept in order to reveal the economic potential of the state in the Ottoman period. From these registers, sources of income in the XIXth century can be identified. Professional income or in other words income from trade and industry, comes to the forefront among the income sources of the city people. Agriculture and animal husbandry activities are carried out by a small number of people. The total population in 1845, according to Temettuat registers and Population books, is 5567 people in 1229 households. 89% of the population consists of Muslim-Turks and 11% consist of Gregorian Armenians. According to the 1845 Temettuat registers of the Bolu city, the active population in the city; 861 people work in the economic services, 147 in cultural and social services and 83 in administrative, military and judicial services. In the field of economic services, sectors such as clothing and leather trade, those interested in sale of multiple goods and agriculture come to the fore. Professions serving in the fields of religion, education and culture come forward in the field of cultural and social services. Military and judicial professions come to the forefront in administrative, military and judicial services. In the 19th century, 149 profession titles, including pre-masters and apprentices were recorded in accordance with a urban settlement in Bolu. 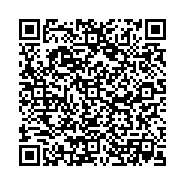