Arthur Adamov and Eugene Ionesco were two pillars - those authors had been celebrated in their lifetime by a hard core of admirers, having in the same time to face much criticism.- of the literary movement called "Theatre of the Absurd" by the publicist Martin Esslin who included also in that movement authors like Beckett, Arrabal and Genet. It seems that with the distance the group has gone out of fashion. One can notice that three of its principal protagonists: Beckett, Ionesco and Adamov had in common their expatriation to France. Both Adamov and Ionesco would even experiment a similar forfeiture through the abuse of alcohol. This parallelism in their fate seemed to us interesting to be evoked here, giving us the possibility to overfly the career of Arthur Adamov since the so-called Theatre of the Absurd upon more pronounced commitments around the political and social realities of the times, in particularthrough one of his last plays : the Sceavengers. 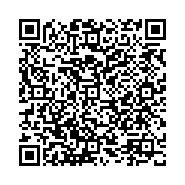