The purpose of this research is to reveal the heritage of cultural children's games by identifying common cultural children's games known and played in some Turkish communities A qualitative study was conducted using observation and interview method The research area of the study was determined as 8 countries/regions (Azerbaijan, Dagestan / Nogai, Kabardino-Balkaria, Karachay-Cherkessia, Chuvashia, Tatarstan, Bashkortostan and TRNC). During three months of the fieldwork, which has been carried out through the visits in 15 provinces, 4 districts, 23 villages and 21 schools in 8 countries/regions, 217 videos including the replication of same games were recorded. It was seen that in sampling Turkish communities, cultural games were highly similar (82-93 %). A total of 76 different games were recorded; of them 49 games (65 %) were identified as common cultural games and 27 games (35%) as national game Regarding the classification of the games in themselves, it was seen that most of the games are played by girls and boys together, the games in which materials are used and outdoor games are preferred, and the games support children's developmental area As a result, the common cultural games being played in the Turkish communities are an important indicative of cultural unity because of coming from the same origin. 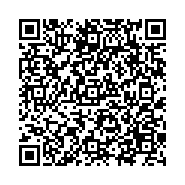