CRISIS COMMUNICATION AND SOCIAL MEDIA: ANALYSIS OF THE TWITTER ACCOUNT OF FAHRETTIN KOCA, THE MINISTER OF HEALTH IN THE ADMINISTER OF THE COVID-19 EP?DEM?C

Situations that occur in an unexpected situation and threaten the existence of the institution are called crisis. Crisis communication is very important to overcome any situation that occurs during the crisis. With the development of technology and the increasing communication, the growth of the crisis is much faster. Especially the widespread use of social media, with the rapid growth of the crisis, and the spread of inaccurate information during the crisis, this will lead to the emergence of new crises. An infectious disease that started in China in 2019 has become a serious problem for the world over time. This disease has turned into a health crisis for Turkey as well. The crisis has grown very quickly and has been distorted through social media. Within the scope of this study, the official Twitter account of the Minister of Health, Fahrettin Koca, was examined to find out how he managed the crisis environment caused by the epidemic named Covid-19. In addition, the relationship between crisis communication and social media has been evaluated and it has been aimed to determine the impact of social media during the crisis. As a result of the study, it was seen that the things to be done during the crisis were carried out calmly and patiently. This attitude was appreciated by the public, and those who wanted to turn the crisis into an opportunity were cut off thanks to a good crisis communication. As a result, it was clearly determined that the correct communication method applied during the crisis contributed to the corporate reputation as well as managing the crisis. 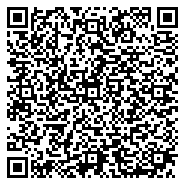