Tax evasion is a preferred by taxpayer and judicial type of crime that occurs as a result of the taxpayer's violation of tax laws.The most important change regarding the tax evasion crime took place with the amendment of the law numbered 4369 dated 22.07.1998.Before the law amendment, the conditions of deliberate commitment and causing tax loss were sought in order to deem an act in article 359 of the Tax Procedure Law numbered 213 as a crime.However, with the amendment to the law in question, the matter that the tax loss should be an element of the crime was removed with the change in the content of the article.In addition, the phrase willfully was excluded from the text of the article.With this change, the crime of tax evasion, which is accepted as a damage crime, has turned into a danger crime.

Tax evasion is accepted as a criminal offense committed against public order. Also included in Article 38 of the 1982 Constitution numbered 2709, "The administration cannot impose a sanction that results in the restriction of the liberty of the person." The Criminal Courts of First Instance, which are judicial courts, have the jurisdiction to punish those who committed this crime.

For the crime of tax evasion is a crime of a judicial nature, if the offense subject to the crime is committed, tax loss is caused within the scope of Article 341 of the Tax Procedure Law numbered 213 in addition to the imprisonment penalty, a tax loss penalty amounting to three times the amount of the lost tax is applied as an administrative sanction in accordance with Article 344 of the same Law.

The main purpose of this study is to analyze the decisions taken by the Supreme Court on each act subject to tax evasion. Especially considering the fact that tax legislation is a technical field and the difficulty of understanding its articles, it is important how and how the Supreme Court makes the legal evaluation of the acts subject to crime. 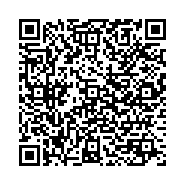