When the geography which the image of shir-o khorshid was used in a widespread manner and the resources about the subject are observed, the origin of the image indicates the regions of Mesopotamia and Iran. It is obvious that the image has originally arisen from the astrological existences and become a symbol about the celestial occurences although it has become the national emblem of Iran and majorly associated with Shiism in historical process. These astrological connections take an important place in both archaic religious beliefs of Mesopotamia and Iran. It has become known by means of the extant works of art, the image which has frequently used in architecture and handicrafts especially marked the Middle Ages. From this point of view, when considering the demand for the science of astrology in the Middle Ages, this fondness for the image is purposeful. Some considerations about the origin and content of the image of shir-o khorshid which sometimes became a subject for a love story as well are discussed within the context of this study. 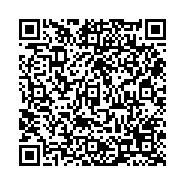