CONCEPTS AND PRINCIPLES OF THE METAPHYSIC OF BEDIUZZAMAN

Metaphysic issues are one of the leading phenomena that push the limits of our mind. In the history of metaphysics the possibility of metaphysics has attracted attention from philosophers for a very long time. For instance, while Plato mentions the existence of two realms: the realm of the senses and the realm of the ideas as much as the object world surrounding us. Our emotions, beliefs, sorrows and joys are all related to the metaphysical world.

Bediüzzaman is strongly assertive about the possibility and the justification of metaphysical issues. He (Weber, 1938: 48), the theme of Aristotle's masterpiece is metaphysics (Weber, 1938: 64). Although Kant stated that metaphysics is impossible, he also worked on metaphysical issues for a long time. While human resoning is not able to touch the sphere of metaphysical essence as it does in the case of things, the mind is not able to command the nonexistence of the metaphysical world. Our relation with the metaphysical world continues dedicated his life to explaining and justifying metaphysical phenomena. He puts forward that the mind causes an individual problems unless it is used properly. It is in the individual's hands to use the Instrument of Mind for good deeds or bad deeds (Nursi, 1996: 32). Bediüzzaman chose to justify all the entities that form the sphere of the Superior Being and the metaphysical existence via reason, intuition and faith. 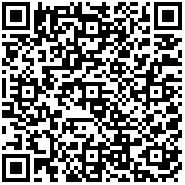