In the 15th century, after Timurid Shahrokh death, Iran is divided into two parts: Khorasan and eastern region, is ruled by Timurids, Tabriz and western region is governed by Turkmens. Consequently different painting styles are developed in these territories based on their opinion. While Timurids was fallowing their glorious Royal painting, Turkmens developed a commercial miniature style. The main concern of this research is Türkmen School which is known as mixture school too. In spite of deep influence of Türkmen School on the subsequent schools, this School had not widespread like the Herat school. In this study two famous miniatures were investigated comprehensively, miniature called “The construction of Khavarnagh Castel" represent the Herat school and “Gabriel revealed power of Hazrat-e Ali to Hazrat-e Muhammad" selected from the Turkmen school. These artworks were analyzed formalistically to examine and compare the characteristics of the two schools, linear analysis revealed that major differences exist in main factors of composition between these two paintings and basic characteristics of the these two schools were different. In contrast with Türkmen School that had emotional nature, Herat school fallowed the rational style and architectural feature. In addition, these features were better exposed in color selection and lines. Based on investigation of social, cultural, political and formalistic analysis of these two schools concluded that visual integrity regulation and strong composition of Herat School is different fromTürkmen School. 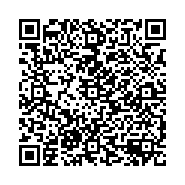