Crimean War broke out as a result of Russia’s attempts to disintegrate the Ottoman State. The so-called reason for the breakout of the war was the debate initiated by France in 1850 about who would be responsible for the maintenance of the sacred places; but the actual reason was “Eastern Problem”, which meant disintegration of the Ottoman State defined as “sick man” by Russia and sharing of its lands. Before the break-out of the war, France and England were diplomatically in favor of the Ottoman State; while diplomatic negotiations were still in progress, Russia temporarily invaded Walachia lands as an material warrant until spiritual rights were attained in July, 1853. The Ottoman State did not admit this invasion and declared a war to Russia in 1853 and first battles were fought along Tuna. During this important process, Varna city was selected as the gathering and logistics center for the allied forces. 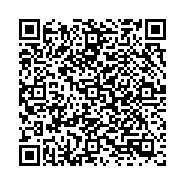