Ceyhan River has changed its channel as a result of flooding that occurred in 1935 and directed its water at the southern edge of the delta. Therefore it stopped transport of sediment in the eastern part of the delta and a continuous decline has began in the old river mouth. During the 1960s and 1970s has quickly developed a new delta lobe in the new river mouth. Old Ceyhan River mouth declined 1585 meters between the years 1946-2014. Retreat speed of this area is 26 m/year. Aslanta? Dam is the largest dam near the delta and the most important factor preventing sediment arrival to the delta. Prior to this dam, dune growth of 53.9 m/year was observed in the new mouth of river (2374 meters seaward progression between 1948-1992 years). After the dam, a retreat process of 30 m/year (660 m. coastal retreat between 1992-2014 years) began. Today the east of the delta is in serious threat of coastal retreat due to avulsion and the south of the delta is in same threat due to large dams. 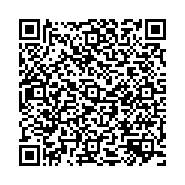