CHANGE IN THE SOCIAL STATUS OF WOMEN FROM IGNORANCE TIME TO ASR ALSA?DAH (GOLDEN AGE): A SOCIOLOGICAL ANALYSIS

One of the main research topics of the sociology of religion is the family in social groups. Moreover the family is at the top of the institutions that states emphasize most and take precautions for its protection. One of the two basic elements of the family, which is the core of the society, is the woman. With the modern period, the woman was tried to be glorified with a feminist paradigm, and it was claimed that the woman was regarded as second class by Islam. This claim stems from not knowing the historical development about women. In this study, the position of women in the Ignorance (J?hiliya) period will be discussed and what kinds of rights have been given together with Islam in this matter. Comparison of such two periods will be possible to make a healthy assessment on this subject. It will be possible to make a healthy assessment on this subject by way of comparison of such two periods. Additionally, in the modern period, a sociological assessment is aimed at the woman phenomenon, which has been transformed into an object of economic abuse, or has been subjected to tradition and custom, or exposed to a second-class human treatment. In this context, it deserves sociological evaluation of the approach of Islam and Muslim communities to the issue of women and what kinds of rights they give her or deprived of. In principle, it can be said that Allah Almighty, who knows his servants the best, has given them some privileges besides a number of rights by taking into account the features, tendencies and strengths of the women as well as their weaknesses. But how social reality manifests needs to be examined. 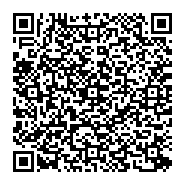