Bihi?tî Ramazan Efendi (from Vize), who has been famous for his sophistication was a well-known poet who worked as a preacher and sheikh of tarikat (cult) in Çorlu. His basic book is Hâ?iyetu'l-Hâ?iye alâ ?erhi Akâidi'n-Nesefîyye li'l-Hayâlî (footnote on footnote of Commentary of Nesefi Aqaid of al-Hayali). This footnote was the most demanded one among footnotes of Hayali and was printed several times together with the al-Hayali footnote. In this article we will focus on Hayali’s footnote which can be regarded as to have been written in order to remove the criticisms of Kesteli on Hayâlî (in his own footnote) and we will also focus on his theological personality. 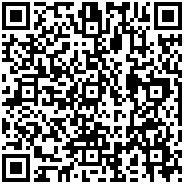