In the historical process, the phenomenon of women showed a positive change with the transition from traditional society to modern society, and mass media played an important role in women's struggle to exist. The presence and representation of women in the media carries traces of patriarchal and traditional thinking, and appears as a problematic area for the position of the woman. Today, the features that are imposed on women in print and visual media are far from giving them any strength and status. The role of the media in the use of the female body as a material is emphasized by emphasizing the weakness of women. The economic-political and ideological structures of media organizations have been influential in the production process of the news. Especially in recent years, it is seen that some ethical values have been ignored due to the increase in ratings and circulation. Media organizations who want to make more profit move the news away from its real context and adopt a sensational journalism approach. This situation brings important problems in terms of how women are represented in the media in the adoption of gender roles to society. Media contents are closely related to social values, gender perceptions and perspectives towards women dominate the news production process, and sexist and masculine discourse shows itself in news texts. The problem of women's representation in the media is framed by sexist discourses and masculine thoughts. Women; in a war over their status and identity, they are presented to the society through anti-women problematic approaches and a negative language. In the study, the representation of women in the media is taken theoretically based on the historical development of the phenomenon of women in the context of gender. 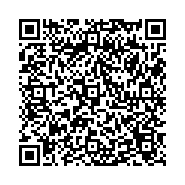