In this study, it is aimed to investigate the use of gloves and the stages of change in boxing sports made with naked punch before and during Roma times. Literature search was done. The first documents for fighting with all kinds of gloves have been seen in Minoan Cretan civilization. Later, the so-called soft straps were wrapped around the punches and a large part of the forearms. The fingers were kept out. Over time, these wrapping were replaced by more dangerous materials. One of them was Ceastus during the Roman period. Ceastus then transformed into a glove shape covering the entire punch and a large part of the forearm. After the ancient Olympics were banned again not gloves boxing were and later on gloves similar to today's boxing gloves were being used. Boxing began with a naked punch before ancient time, with leather straps wrapped around the punch. Sometimes onehanded punch gloves were used. In the ancient Greek era, sharp straps were used. In the Roman period, the more dangerous material called Ceastus was used as a glove. The antique Olympics and bare hand punch and glove usage patterns have changed since the beginning and today boxing gloves have been developed. 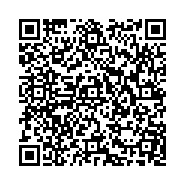