BASIC RESOURCES ON THE HISTORY OF ZANDS

The Zand dynasty is an Iranian dynasty of Lurish origin. By winning the power struggle after the death of Nader Shah, they controlled all of Iran except Khorasan for 44 years, from 1750 to 1794. Karim Khan, making Zands appear on the stage of history, ruled for almost 30 years in this 44-year period. After his death, fights for the throne began, the Zand Dynasty slowly went into decline and Iran came under the domination of Qajars. Shiraz was the capital of the Zand Dynasty. This study examines ten basic historical and literary works about the Zand Dynasty, written in Farsi during the period of Zands or in the earlier period of the Qajar Dynasty. The works on the period of Nader Shah and Qajars as well as travel writers coming to Iran during the period of Zands are excluded from this study. This study reveals the historiography of almost half century in the history of Iran. 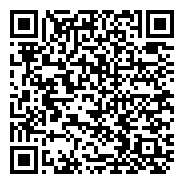