AS A HIGH-IMPACT WAR-FIGHTING: THE OTHER SIDE OF THE US COUNTERINSURGENCY (COIN) WARFARE

The ultimate aim of any successful counterinsurgency approach is to defeat the insurgency and establish peace for the host country. In order for the counterinsurgent to achieve this aim, there are two approaches to adopt; simply through heavy use of force or through winning hearts and minds of the local population. This paper deals with the US Counterinsurgency approach, which is depicted as a kinder or gentle warfare, arguing that the adaptation of a people-centric approach and of Human Terrain System (HTS), merely cover up the high-impact war-fighting; somehow, the military is deployed to carry out commands in a kinder light, and high impact war fighting is an inherent part of the current counterinsurgency doctrine. 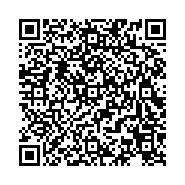