ANALYSIS OF RELATIONSHIP BETWEEN TRAIT ANXIETY AND ASSERTIVENESS

This research was conducted to analyze relationship between trait anxiety and assertiveness. 200 students studying in Çank?r? Karatekin University Faculty of Economics and Administrative Sciences were reached within this research. Questionnaire method was used as a data collection tool. In first part of questionnaire, statements related to sociodemographic characteristics, in second part, Öner and Le Compte’s Turkish adaptation of ‘’Trait Anxiety Inventory’’ which was originally developed by C. D. Spielberger and his Friends, in third part Voltan’s Turkish adaptation of “Rathus Assertiveness Inventory” was originally developed by Rathus were used. It was found of the students, 48 % had low trait anxiety, 92% were assertive. Within sociodemographic characteristics, only students who has opposite sex friend was found to be assertive (p=0.003). Moreover, negative correlation (r= -0.54) was determined between trait anxiety and assertiveness. 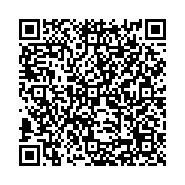