Existentialism is a philosophical way of thinking that is human-centered. Existential philosophy look at people as a whole. Existential philosophy who just like other philosophical systems of human reasoning can not be considered as an asset. Existential philosophy, human emotional / irrational direction can not be neglected. At the same time, it's human instrumentalized to / commodification be it opposes. Existentialist philosophy especially increasing popularity in the 20th century and began to affect various aspects of life, the understanding and practice of educational change has also been effective. In our age, individualization of education, taking into account the teaching-learning process of individual differences, making education a student-centered, to be converted into a process of liberating education, classroom environment by training scientists and discourses such as the democratization of ardently defended the influence of existentialist philosophy undeniable that. Existential philosophy, which has affected the changes in educational approach has also influenced the understanding of classroom discipline. Existential philosophers emphasized that human freedom, subjectivity and only being able to build their own existence. Students are seen as individuals who should be put into a certain mold, training of students of compatible and to serve them become submissive individuals, programming and execution of acceptable terms of existentialist philosophy is not on. This is because according to state their point of view, being able to perform in front of students could pose a serious obstacle for their own existence. According to existentialist philosophy, human and its freedom takes precedence over any information. Therefore, freedom of the students can not be sacrificed in order to learn certain patterns of information in the classroom. Learning content, teaching using the case method to ensure their active participation in the course is already attract the attention of students. In this regard, the students often engage in undesirable behavior in lessons make a sign that the teacher is not sufficient to recognize students and select and use appropriate methods and techniques effectively . According to the existentialist philosophy teacher, who heaped orders to the students, they are not an authority founded on repression; offering students options, explanations which, directing them to think, is a guide to allow for allowing their decisions on their own free will. In this regard, the teacher in the classroom should not be a horror figure; class environment, not fear, must work to ensure the rule of love and understanding; rather than worry and anxiety, confidence and comfort; rather than repression, should try to dominate the freedom and responsibility. The aim of providing discipline according to existential philosophy, class of students to realize their own existence, to transform into environments that enables governments to take responsibility for their own existence. 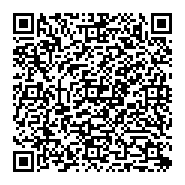