AN OVERVIEW ABOUT ERDEM?S CINEMA WITHIN THE INDEPENDENT CINEMATOGRAPHERS

In this research; under the scope of arrival of cinema fact to Turkey and its development; we tried to survey Reha Erdem’s cinema and approached to it from editing, visuality and sound aspects. Erdem who is stabile in his story telling style and also searching new meaning fields in his every movie, with A Ay (1988) compered to the period’s conditions he displays different narrative style. With Kaç Para Kaç (1999), Korkuyorum Anne (2004) and Be? Vakit (2006) he tells the stories of childeren who were left alone into their world and suffering while they are growing up. In these movies, director deals with visuality and sound elements in different effective aspects. In Reha Erdem’s cinema, story does not comes to foreground, but it’s the movie’s editing. While he edits his movie, music helps to him, however this assistance is not like American movies which are lining up like a wagon at the background. On contrary, he uses sound line in the scene to strengthen the meaning of the movie. 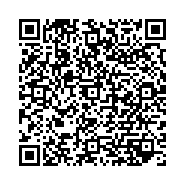