AN INVESTIGATION OF THE EFFECTS OF TEACHING MATHEMATICS WITH GAMES ON 5th YEAR STUDENTS? ATTITUDE AGAINST MATHEMATICS COURSE

Games that have existed since the beginning of cultures are known to have an important place in children's life. Many psychologists and sociologists have conducted studies on the effect of the concept of play on the development of children, and the results have been shared with the education community. The use of games –that are very important to the individual- as a method in the teaching process has been brought up and games have been used as a method in many lessons. The aim of this study is to examine the effects of games on students' attitudes towards Mathematics course, using the game as a method in the Mathematics lessons Turkish students generally have difficulty. For this purpose, a mixed method was used. Quantitative data were obtained using the semi-experimental “single group pre-test and post-test” model, while qualitative data were obtained using the “semi-structured questionnaire”. The attitude scores of the students regarding the teaching of classical mathematics and mathematics with games were determined by using the “Mathematics Attitude Scale”. This research was carried out on twenty-seven (27) 5th grade students of a private college, which allowed for research and is located in Üsküdar District of Istanbul province. For seven (7) weeks, Math topics were taught with a game activity every week, and the Math Attitude Scale was applied again at the end of seven (7) weeks. Whether there is a significant difference between students' Math attitude scores was determined by using Wilcoxon-Signed-Ranking test, which is one of the non-parametric tests. When the results obtained were evaluated, it was observed that the games used in teaching mathematics positively affected the attitudes of students towards mathematics, the opinions of the students obtained through the semi-structured interview questionnaire on teaching mathematics with games were positive in favor of mathematics teaching with games. It can be said that a change of method in the teaching of mathematics subjects, which are currently taught with classical methods, will enable Turkish children to develop positive attitudes towards Mathematics. 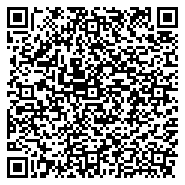