AN EVALUATION OF ODED YINON'S ?A STRATEGY REPORT FOR ISRAEL ''

At the beginning of the 1980s, while the world's equilibrium was being reestablished, the State of Israel also printed reports on Yonon and similar strategists to create public opinion in order to achieve its goals. Yinon's report is just one of them. The importance of these reports is great to understand this historical period. When the problem is analyzed for this reason, it should be considered together with the historical process and global actors. While the authoritarian regimes of the Middle Eastern countries, which prevailed the enemy of Israel, did not produce any strategy, many Israeli and westerners produced a strategy for the future of the region and shared some of them with the world public opinion. A report by Oded Yinon, "Our Strategy for Israel in the 1980s" It is the clearest and most detailed account of Israel's strategy of dividing the Middle East countries to date. It is a report about how the Kurdish, Shiite and Sunni groups in the Middle East countries should fight each other. The report's preeminence is hidden in the cruelty of the strategy it offers, as well as its influence on the events that are happening today 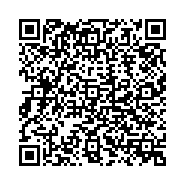