AN AUTONOMOUS LITERARY UNIVERSE: THE POST-EXOTIC

In this article, we want to analyze the literary theory described as "post-exotic" by Antoine Volodine, who sets himself the goal of creating an imaginary universe. Based on Jean-François Lyotard's thought that a postmodern author is in the position of a philosopher and that the work he accomplishes is not in principle governed by rules already established, we will show that post-exoticism is becoming a new literary stream thanks to the original narrative genres. Then, we will show the application of the theory of collective memory in post-exotic literature that constantly evokes the twentieth century, witnessing the bloodiest political events in history. 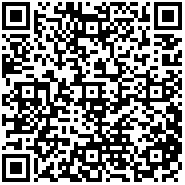