AFFECTION AND RESPECT TOWARDS THE PROPHET'S FAMILY AND TENDENCY TOWARDS BEKTASHISM IN SOME SUFI TARIQAHS: THE CASES OF AZBI BABA AND HA?IM BABA FROM THE ORDER OF HALVETI-CELVETI

Almost all the sunni tariqahs display a deep respect and love for the Prophet Muhammed's family members. One of the Sufi paths with this deep commitment and faithfulness has been the Sufi order known as Halveti-Celveti with followers with a strong tendency towards the Bektashism. There are different historical, psychologicals and political reasons for this love. Since the first century of the Islamic calender, Ehl-i Beyt were under the extreme oppression and massacres executed the then-rulers and suffered extreme injustices. Bektashism, with the love of the prophet's family at the core of its philosophy, is effective suri philosophy from the Central Asia to the Balkans. It was the the most favored sufi tariqah under the abolition of the Janissary army system. Within the sufi orders that were influential in the Ottoman society, there were many Sufi personalities who had links both with their own tariqah and Bektashism. This article aims to discover how this tendency for is understood and reflected in the divans of Azbi Baba, a Halveti sufi and Ha?im Baba, a Celveti sufi. 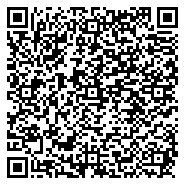