Internet Technology has demonstrated significant improvement at the end of 20th century, was reported as a unilateral communication method which used as a traditional communication method in the early stages (Büyük?ener; 2009). The technology addressed as Web 2.0, the system which allows a device to interact with other devices as well as the network in it, both changes the meaning of the internet and diversifying its usage areas in an unpredictable way. The rapid changes of both technology and people’s expectations, and social media keep up simultaneously with this change that positioned social media as an effective channel. With this rapid changes, the purposes of using social media differ in the context of their areas of usage and expected satisfaction. The experts of social media has investigated the preferences of existence of individuals and companies in social media and investigate which and in what purpose they use social media field by examining social media usage habits. These results showed that social media networks are used for the purpose of hobby and reach the targeted audience professionally. 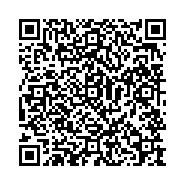