Tourism in the active battlefields, especially in the European and American tourists, which is considered in the context of special interest tourism, has started to be regarded as a phenomenon in recent years. In particular, ethical discussions on this tourism type continue. This study aims to provide a discussion platform by considering ongoing ethical debates. In this respect, an ontological and epistemological examination is made based on the method of literature review in the study which is built on the phenomenological research design. It has been found in the background of the travel that individuals want to make connections both the pain of the people living in the region and make sense of relationship between death and life by feeling close to death on active battlefields. In addition to this, the moral burden of the hedonic experience of the tourist who participated in this tourism type that has the goal of a special interest based on the motive of self-realization, dominate the moral burden of death and suffering, from this aspect this tourism type involves both adventure and reckless hedonism. 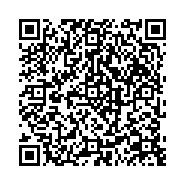