ACCORDING TO SUFI RUYETULLAH ISSUE

Rü’yetullah issue which means the visibility of God is one of the important problems of theology science. Although visibility of God in the after-life comes to mind when rü’yetullah is referred, it is also discussed the possibility of rü’yetullah in this world and rü’yetullah in dreams. The discussions having started even during the Companions’ Period blazed up with the debates between Sümeniyye and Cehm b. Saffân in the II/VII Century, then it continued developing after the views addressed by other theology schools. Despite its theological nature, Sufis also took place in the issue since the beginning and revealed their opinions. This paper aims to provide information on the views of Sufis about rü’yetullah and their evidences on which the issue is based. 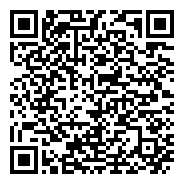