A WORK FROM THE TULIP ERA WITH HAND-DRAWN ORNAMENTS: MUDANYA TAH?R PASHA MANSION

Tahir Pasha Mansion is one of the rare examples of mansions in the Ottoman architecture that was built outside the capital during the years of Tulip Era. The mansion was built in 1137 (AH) / 1724-1725 (AD) according to the inscription on the entrance gate of the main room. It is understood that the mansion's sections dating back to the 18th century were built on the plan of "external sofa with iwan". However, as a result of the interventions and additions made over time, the mansion was expanded and turned into two parts in the form of private and public areas. The most attention-grabbing part of the mansion is the main room. The interior walls and ceiling of this room dating back to the 18th century have hand-drawn decorations, mainly flowers with vases and fruit bowls which are the characteristic motifs of the Tulip Era. The majority of ornaments which show similarities with the hand-drawn works in the Fruit Room of Sultan Ahmed III in the Topkap? Palace in terms of style and workmanship have reached the present day without any deformation. Tahir Pasha Mansion was expropriated in 1985 and used as a public library of the Ministry of Culture for some time. The mansion was handed over to Mudanya Municipality in 2012 and restored with the contributions of Tahir Pasha's grandchildren Agâh BURSALI and Memduh GÖKÇEN and opened to visitors as a museum/house in 2013. 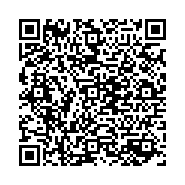