Turkish language is historically rich in vocabulary in terms of both its features of usage and the words loaned to other languages. The aim of this study is to introduce the relationship between the word “bergamot” used in western languages and Turkish vocabulary. The word “bergamot”, which is nowadays known for its aroma in our tea, its fragrance in perfume industry, its oil in the cosmetics industry or its essence in the fields of in pharmacy and chemistry, is etymologically derived from Turkish origins. This word is the phonetically and semantically changed version of beg armut (bey armudu)-prince’s pear fruit which was borrowed from the Turkish vocabulary by Western languages. In this study, we examine the historical journey of the word, which previously existed in our vocabulary as the name of a pear, then was transferred to the western languages as bergamot, and finally, returned to our language as bey armudu (beg armut) as the name of a citrus species. In different sources, the origins of this word are based on different languages, especially Italian. In this context, the word bergamot is etymologically analyzed in this study. 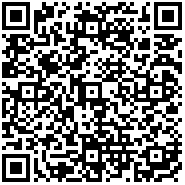