A URARTIAN MINE FIELD = KURTDERES?

Technology was growing from Metal Agestopresent-day. This technological growth is especially depend on recognise of mines and using it since Calcholitic age. The adventure started with the shaping of naturel materials, and reached to highlevel with the process of annealed metal due to pouring of melted at high temperature kilns. East Anatolian civilisations has contributed significantly to the new developments in the mining. Undoubtedly, most important actor of this was Urartian. In 13. Century B.C, have begun to be processing the mine with iron, copper and copperal loys at the around of Van Lake. We are easily understand that weapons, jewellery sand daily use items by made metal during Urartian king domera. Many scholar works showing that Urartians reached to highlevels on mining field. In this study we examine the mining activity of Urartian kingdom, which dominated Erzincan and its vicinity area after 8. Century B.C. Wefound a mine site near Kurtderesi, (in ?liç/Ortatepe village) and examined both its geographical situation and as a center for iron supply. (Also we saw that the site is rich for wood supply for melting mine) In addition to this, we identified a fort and settlement belong to Urartian period. Our dross patterns was analised and it is understood that where processed iron mine. 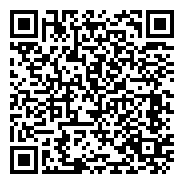