Ottoman Turkish is a productive era of the Oghuz group of the Turkic languages in which both the literary works and the non-literary works in prose and verse as original, adaptation or translation were produced on various subjects. Astronomy, geography, physics, agriculture, medicine, and alchemy are among the most common topics of the non-literary works written during this period. Alchemy, which also forms the subject of this paper, can be identified as the transmutation of the base metals into precious metals, especially gold and silver. Based on the edition and translation of D?v?n-? ?ikmet (“Book of Wisdom”) written by E?refz?de ‘Al? Çelebi (d. 1018/1609), who was one of the most prolific poets and writers of the 17th century in the subject of alchemy in the classical Ottoman period, the paper aims to introduce the text in question. As far as it can be determined, there are ten copies of the D?v?n-? ?ikmet in Turkey and in libraries outside of Turkey. The copy located in the collection of Turkish Manuscripts of Istanbul University under the archive number of 7016 is preferred for the edition and translation of the text, since this is the earliest copy dated 1009/1601. 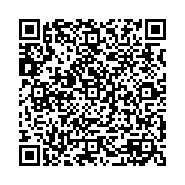