A STUDY ON PRE-SERVICE TEACHERS? IMAGES OF MIDDLE EAST

Turkey is one of the countries inevitably affected by the changes and developments occurring in Middle East, one of the regions having a global importance. In order to raise the regional awareness, it is necessary to determine which views are adopted by individuals while evaluating and interpreting the socio-cultural and political dimensions of this spatial interaction. Thus, investigation of the views points and opinions of Turkish people about Middle East is of great importance for the determination of cognitive codes laying the basis for spatial evaluations. The current study aims to determine pre-service teachers’ opinions about Middle East and the relationships between Middle East and Turkey. A standardized open-ended question interview form was used in the current study employing qualitative research method as a data collection tool. The sampling of the study is comprised of 55 pre-service teachers from the department of Social Studies Teacher Education. The research data were analyzed by means of descriptive analysis and content analysis. At the end of the study, it was concluded that the pre-service teachers think that Middle East is an area of conflicts due to its oil reserves, define Turkey as country of Middle East because of the features of its geographical location, they have some stereotype opinions about Middle East and think that Middle East policies of Turkey are problematic as they believe it is responsible for Syrian refugees, internal conflicts and economic conditions. 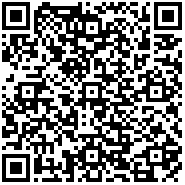