A STUDY ON MONOGAMY AND POLYGAMY IN MAMLUK PALACE

It is known that polygamy is common among Mamluk sultans. The reason for that is to increase the number of births, to have a large family and finally to make one of the born boys from these marriages to be in line to the throne. Although it is believed that there was no heirdom in Mamluks, the fact that after Sultan Kalavun his sons and grandsons had occupied thrones for more than one century is contradictory to this belief. Besides the polygamous sultans, it is known that there were few monogamous sultans in their lives. Besides Mamluk Sultans, the marriages of women in Mamluk palace is also interesting. Contrary to the Ottoman harem, there are a lot of examples of getting married several times after the deaths of their husbands or divorce. It is also known that there were mothers who married with all kinds of rituals and gaudy celebrations during the reign of their sons. In this study, as far as it is reflected on the sources and as far as we can identify, a collection will be made about the number of marriages and lives of the Mamluk sultans and the palace women. The names chosen are illustrative rather than the exception. 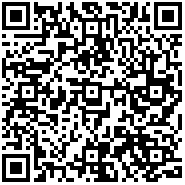