The purpose of this research is to determine the significance level of the variables that classify the quality of school life perceived from the school management with artificial neural network. For this purpose, data was collected from 401 teachers working in different school types in a metropolitan center, its districts and villages in Central Anatolia in the spring term of 2018-2019 academic year. This study is a predictive correlational research which is one of the correlational research types. In order to collect data about the quality of school life that teachers perceive from school management, the “school management” dimension of the Quality of School Life Scale, which was developed by Sar? (2007) and composed of 6 dimensions and 50 items that can be ranked as 5 point-Likert-type items, was used. The Life Satisfaction Scale, which was developed by Diener, Emmons, Larsen and Griffin (1985) and adapted by Da?l? and Baysal (2016) and composed of one dimension and 5 items, was used to measure the life satisfaction as a predictor variable of teachers’ quality of school life perceived from the school administration, data on variables such as “number of students, level of satisfaction with the school, school location, education system in the school, weekly class hours, marital status and gender” were collected by the personal information form prepared by the researchers. Artificial neural network was used to reveal the importance of variables in classifying quality of school life and the data were analyzed with SPSS (IBM, 2011). 70% of the data set in the analysis was chosen as education sample and 30% as the test sample. Frequently used in educational applications, artificial neural network chooses a new and different education and test data from the data in each analysis, accordingly 1000 different models of artificial neural networks were established in the data analysis and the importance order of the variables was calculated by classifying the average quality of life perceived from the school administration in 1000 different models. According to the findings, the most significant variable in classifying the quality of school life perceived by teachers from school management is the level of satisfaction with the school in which they are employed, weekly class hours, marital status, number of students in the school, life satisfaction, education system in the school, school location and gender variables were observed to follow. For the new researches, it was suggested to include other variables in examining the level of significance in predicting teachers quality of school life perceived from the school management. The practitioners were suggested to take the variables of high significance into account in policy making processes. 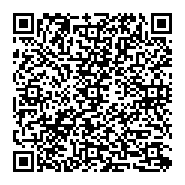